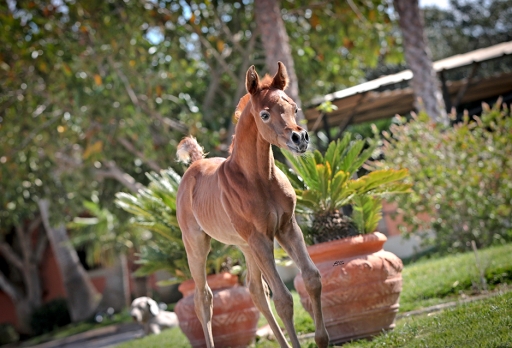 You can't wait to see our newest additions? Go check our "Fillies" and "Colts" sections! We will update them often with the cutest newborns! 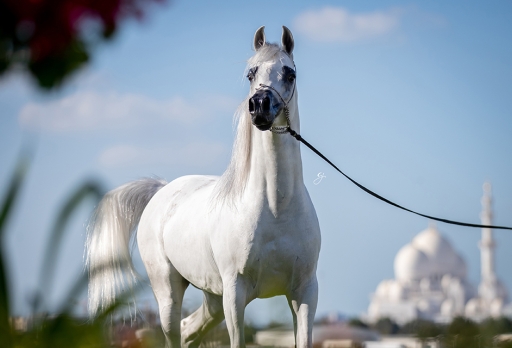 Mahder Al Jamal was named SILVER MEDAL CHAMPION STALLION at the Sharjah Int. Arabian Horse Festival 2020 (A Show)! We want to thank our team and our handler for the great job. 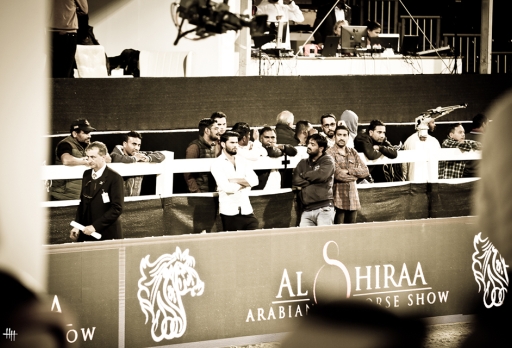 THE SHOW OF THE YEAR!!

THE SHOW OF THE YEAR!!

Al Shiraa Int. Arabian Horse Show took place in Al Forsan Sport Resort, Abu Dhabi between the 11-14th of February 2020. The facilities, the grand stand, VIP areas and amusements were outstanding and the quality of the horses was extraordinary. If you could not attend and spend these days with us, please, follow our Instagram, Facebook or our website: www.alshiraaarabianshow.com for all the aftermovies, interviews, pictures and much more! 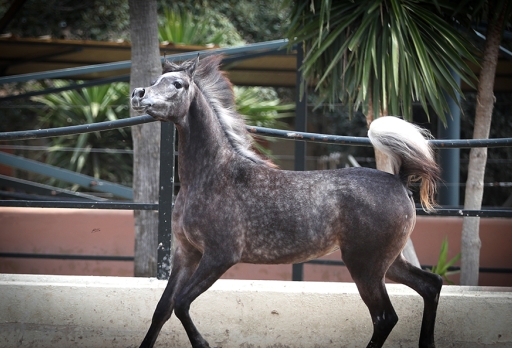 We fell in love with this beautiful filly at the Ajman Auction 2020... A charismatic, long legged, with a beautiful silhouette and big mover D Seraj daugther. Her mother is the WH Justice daughter PF Panama.

We are very happy to have her on board and that she becomes part of our show string! See more of her very soon! 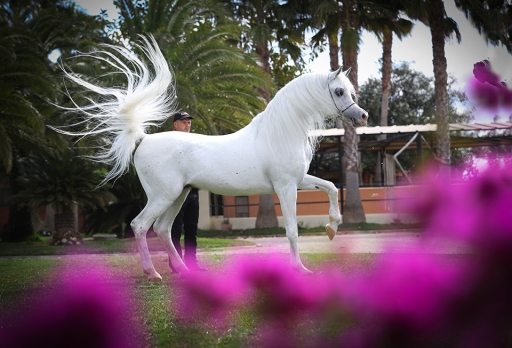 We are delighted to announce the leasing of the Straight Egyptian Stallion BK LATIF (Nader Al Jamal x Latifah AA) for the 2020 season!

Many thanks to Mrs. Kathrin Hampe, from Eos Arabians and Mr. Leonhard Becker for the opportunity. 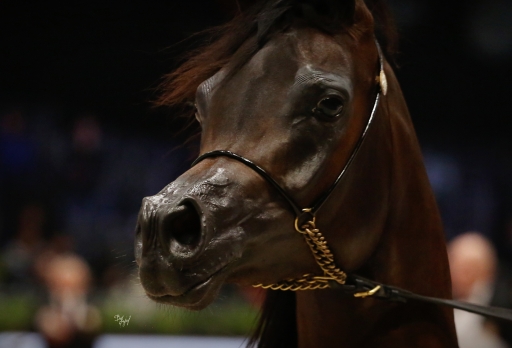 A very honorable win on Friday at the Junior Fillies class B, receiving the Best Head Trophy of her section, and being the Highest Scoring of all Junior Fillies, predicted that the end of the weekend would be more than good for Eralda.

On Sunday, this "Once in a Lifetime" filly, entered the ring with pride carring the UAE flag and conquering the arena. The judges decided she would be Silver, though to our eyes and to many of the spectators she was no doubt Gold!

We want to thank all our team, at the show and at home, that made the success possible. To David Pujalt for doing a brilliant job, and last but not least to the supporters she has from all around the world.

Eralda, to us you are simply THE BEST!!! 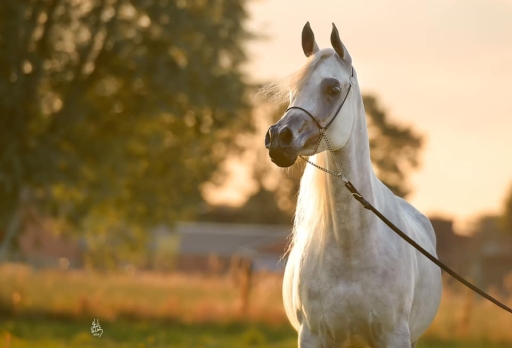 We are so glad to have added this delicate mare to the program. And... oh yes!!! She can really move!!! 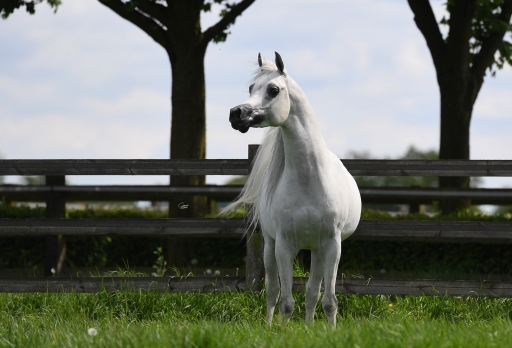 We warmly welcome the pretty stallion Mahder Al Jamal on lease for the 2020 season!

Thank you so much to Mr. Mattens & Frank Spoenle Show Training for the opportunity... 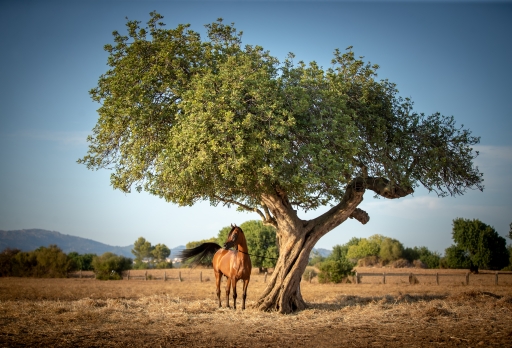 WE SAY GOODBYE TO AJ PORTOFINO...

WE SAY GOODBYE TO AJ PORTOFINO...

With this lovely Mallorca summer picture, we want to say goodbye to AJ Portofino...
Many thanks to H.H. Sheikh Ammar bin Humaid Al Nuaimi and his team, from Ajman Stud, for letting Al Shiraa have AJ Portofino for this 2019 breeding season!
AJ Portofino is back at Frank Spoenle Show Training. We will all dearly miss him!!
His 2020 foals are expected from April on. We can’t wait to see them! 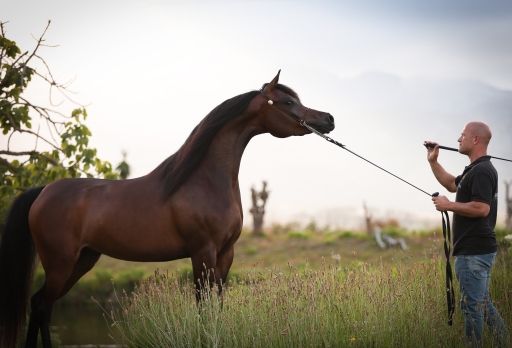 Real beauty cannot be denied!! An amazing result in Menton for Eralda. After being classwinner on Saturday in a tough class with some of the most beautiful fillies in the world, on Sunday she was crowned Silver Medal Jr. Champion Filly!

Thank you so much to our entire team for making it possible. 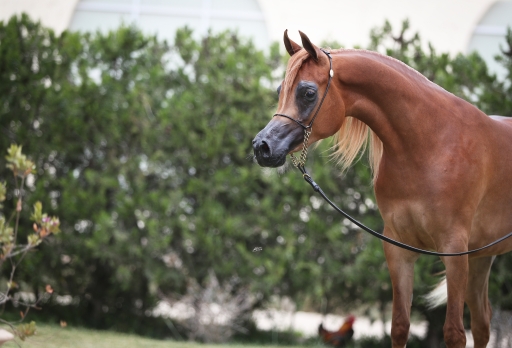 Thank you so much to the team for all the hard work! 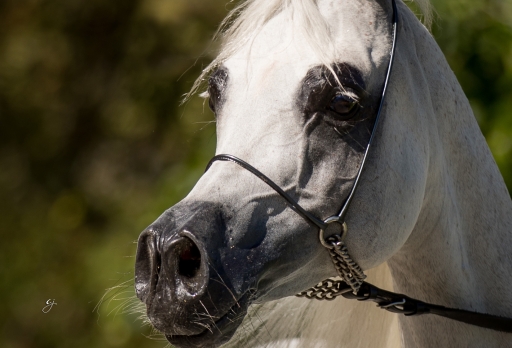 We are thrilled to announce that we added the beautiful mare MM Estefania to our collection! 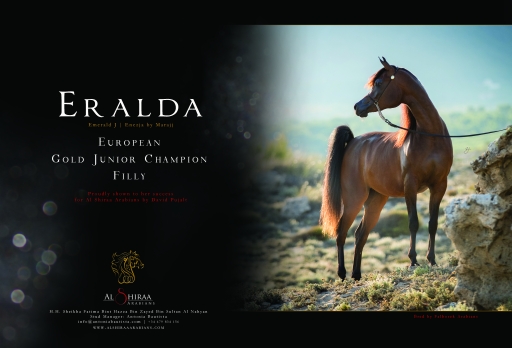 She took the European Tittle and the Roses home!

She took the European Tittle and the Roses home!

And the day came!!! We could not be happier!

Congrats to Falborek Arabians for breeding her!

And thank you so much to David Pujalt and the entire team for a brilliant and continuous hard work!! You deserve it guys!!! 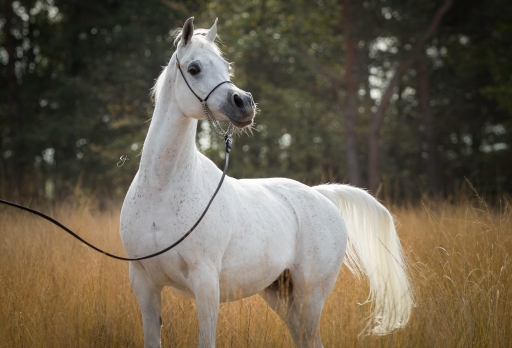 Thank you so much to Philip Looyens, Christine Jamar and Mario Ghallager for making it possible!! 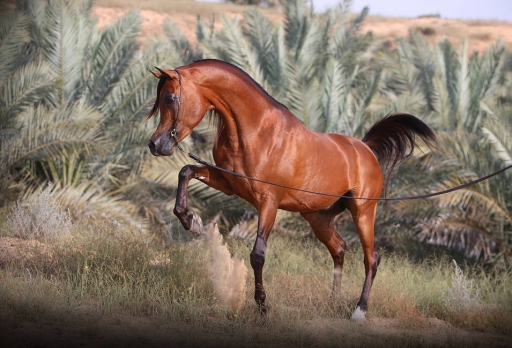 We welcome on lease the gorgeous stallion AJ PORTOFINO!

We welcome on lease the gorgeous stallion AJ PORTOFINO!

We all, at Al Shiraa​ Arabians, are very happy to welcome the handsome stallion AJ PORTOFINO!!

Many thanks to Ajman Stud and Team for the opportunity! 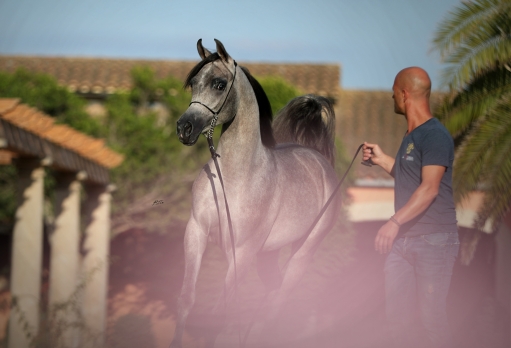 Taking 6 Medals Home from the Nationals!!

Taking 6 Medals Home from the Nationals!! 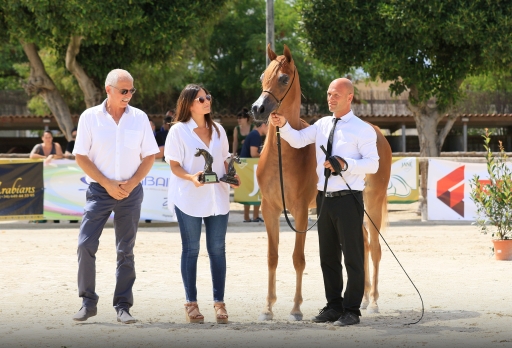 Thanks to all the team for the fantastic job!! 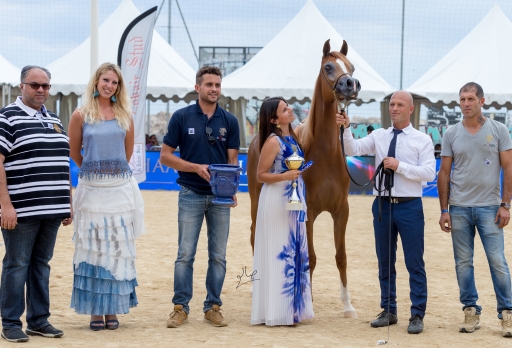 Very proud of the performance of our horses at the Menton Arabian Horse Show 2018!
Three horses, and two of them qualified for the finals: ERALDA and AJ TEMAA. AJ SANAD was fourth and very close to be in as well.

Eralda, our bay jewel, was just one point to be Bronze Medal Champion Filly!


All of them did fantastic! Thank you so much to our team at the show and the team at home that worked so hard to make them shine brighter than ever! 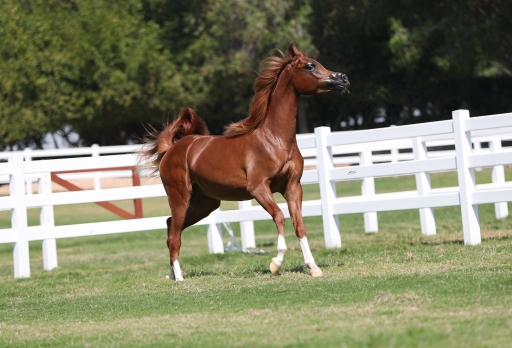 We are very pleased with the results at the Silleda Int. Arabian Horse Show, held in Galicia, Spain! A part from being awarded with the trophy of "Best Showing Farm", we obtained the following results: 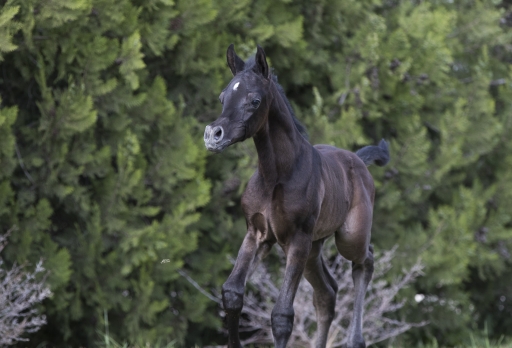 We present you the newborn SS GHAZALA & SS GHAZAL

We present you the newborn SS GHAZALA & SS GHAZAL

We are happy to present you the two newest additions to our breeding program! SS GHAZALA (RFI Farid x Serendipity) and SS GHAZAL (SMA Magic One x Jewel's Temptation GA)! We invite you to follow their evolution coming back to our website soon!!

Thank you so much to H.H. Sheikh Ammar bin Humaid Al Nuaimi for the opportunity to let us have the promising filly AJ TEMAA (AJ Marzan x True Desire LL) and the colt AJ SANAD (AJ Mardan x AJ Sultana)! 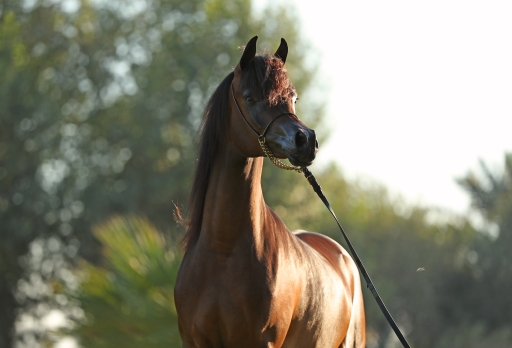 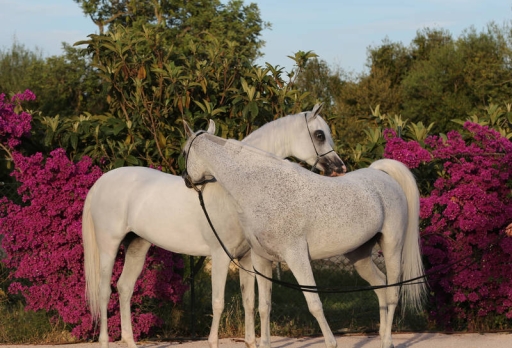 Competing against each other their entire lives... yet best friends! 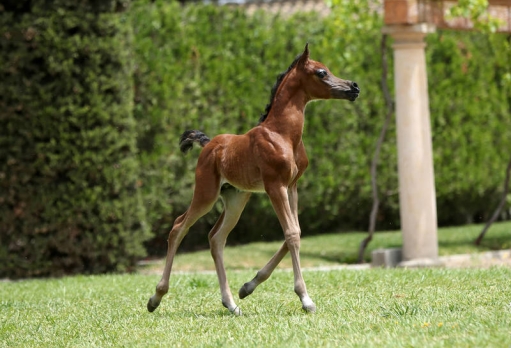 We are thrilled to announce the birth of SS El Mutakabir...

We are thrilled to announce the birth of SS El Mutakabir... 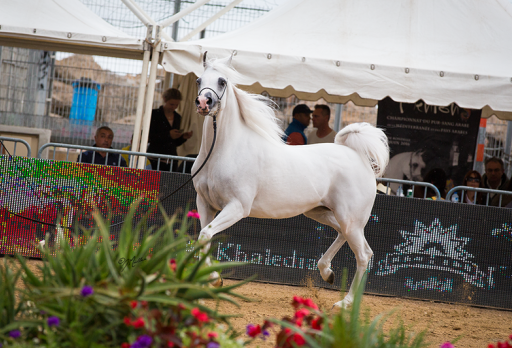 Our white swan Fahera was classwinner mares 7 years and above at the prestigious A show in Menton! Many thanks to David Pujalt for showing her beautifully and to our team for working so hard to achive these good results!

There are no news , please try again later